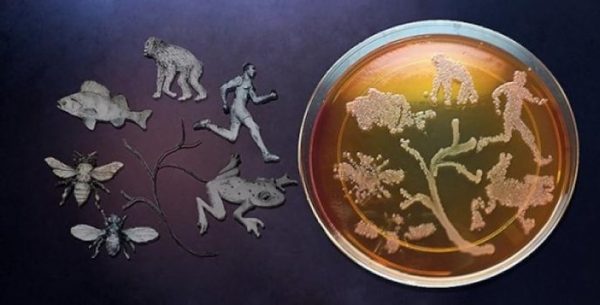 Since there are about 39 trillion microbes in the human gut alone (compared to just 30 trillion cells in the entire human body), it certainly seems a bit self-centered to think of “us” as the only thing evolving. ISO fellow Dr. Jameson Voss and his colleagues are curious how the microbiome- the multitudes of bacteria that live on, and inside of, every living creature- influenced the evolution of life on Earth. The basic concept, that of an evolutionary organism consisting not only of the “host” organism but also of the trillions of bacteria living inside of it, is captured in the Hologenome Theory of Evolution, but Voss and his colleagues argue that there’s more to the story. In an opinion paper, Voss and his colleagues take up the issue of what happens when the beneficial bacteria are transient- If hosting certain bacteria is evolutionarily advantageous 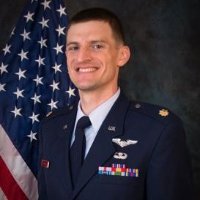 , but those bacteria aren’t genetically transmissible, as, for example, the genes for leopard’s spots are, from parent to offspring, how can the benefit be leveraged by the species? In searching for an explanation, Voss’s group coins the concept of “pawnobes” — microbes that are not stable, permanent residents of a host (such as a human), but which a host can still purposefully manage for its own benefit. The fact that pawnobes do not strictly depend on the survival of their hosts makes them freer to evolve independently, and more rapidly than their hosts, which might make the benefit of the microbes relevant even within the same generation of hosts. Why is this exciting? As the GMFH Editing Team observes, “Thousands of years ago, humans went beyond hunting and gathering and began purposefully selecting and growing the most beneficial plants; what we know as the agricultural revolution was born. Is it possible that cultivating the microbiome would create a comparable paradigm shift?”