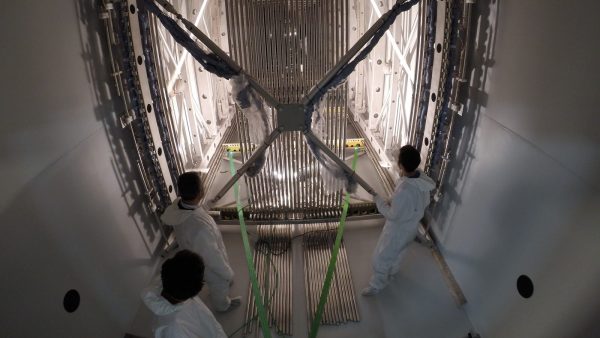 The ICARUS experiment (for Imaging Cosmic And Rare Underground Signals) dwelt under an Italian mountain in Gran Sasso National Laboratory from 2010-2014, looking at neutrinos and their oscillations. As a 760-ton liquid-argon detector, it was one of two (deliberate) recipients of neutrinos sent 730km from CERN to San Grasso. Among other scientific accomplishments, ICARUS reported neutrino speeds consistent with the speed of light, contradicting the now (in)famous finding of ICARUS’s sister experiment, OPERA, who published the observation of faster-than-light (“superluminal”) neutrinos in 2011 and 2012.

What is it doing in the US? In a demonstration of the truly international nature of particle physics 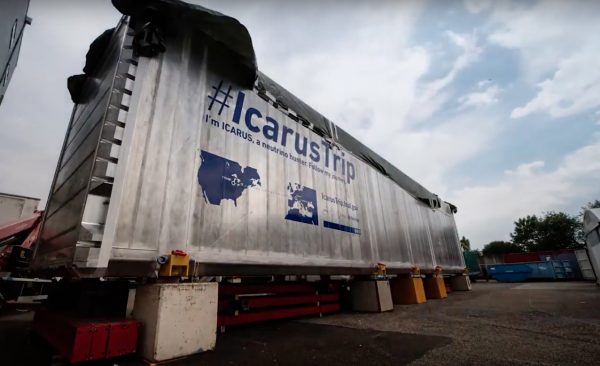 research, the Italian-built/operated detector was shipped to CERN in Geneva in 2014 to undergo upgrades to fine-tune it for application on neutrinos from the Fermilab (Batavia, IL) beamline. “The Fermilab beamline is the only game in town for this type of [neutrino] experiment,” says physicist Steve Brice, deputy head of Fermilab’s Neutrino Division. “And the ICARUS detector is the best detector in the world to detect this kind of particle,” says Alberto Scaramelli, the former technical director of Gran Sasso National Laboratory. 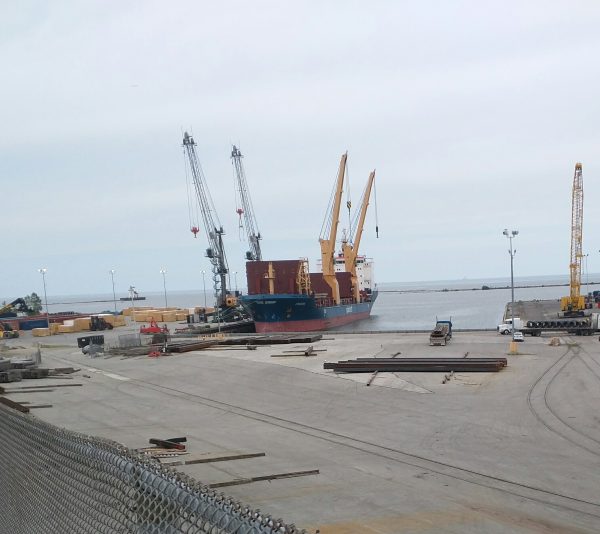 Though the distinctive pair of silver shipping containers could not be seen from our ISO scout’s West 9th Street vantage point, the Port of Cleveland’s shipping schedule verifies that the ship pictured to the left on the W 9th St dock, Frieda, was indeed the ship that set sail from Antwerp, Belgium. Entertainingly, the log simply mentions that she’s carrying “Containers/General Cargo.” From this location, she will continue her journey around the Great Lakes to Burns Harbor, Indiana, where the two pieces will be loaded on to two trucks and thence transported the rest of the way to Batavia, IL.